Achieved affirmance by the U.S. Court of Appeals for the Second Circuit of a United State District Court’s dismissal of a third party claim brought against Local 802 AFM by a club date employer seeking indemnification for a withdrawal liability assessment issued against it by a multiemployer pension fund (AFM-Employers’ Pension Fund).

Obtained the dismissal of a third party suit initiated by a club date employer seeking to impose upon Local 802 a 1.2 million dollar withdrawal liability assessment allegedly owed due to false representations made during collective bargaining negotiations.

In a case of first impression in the United States Court of Appeals for the Second Circuit, obtained a decision that reversed the United States District Court for the Eastern District of New York’s ruling that a suit commenced under the Computer Fraud and Abuse Act and the Stored Communications Act was time barred. The Circuit Court found the suit timely by treating the instances when the defendant infiltrated plaintiffs internet accounts as separate violations of those statutes and revived the suit.

Obtained a summary judgment decision dismissing a federal retaliation action against a non-profit senior center on the ground that there was no causal connection between the protected activity (plaintiff filed a claim for unpaid wages) and the adverse employment action and that the legitimate non-discriminatory reason advanced by defendants for plaintiff’s termination could not be rebutted.

Obtained summary judgment dismissal of a law suit alleging breach of a covenant not to compete and unfair competition that was initiated in the Commercial Division of the New York County Supreme Court. The suit sought an unspecified amount of damages and a permanent injunction against James Mironchik, a music synthesist by his former employer. Andrew Barrett and Lionella Productions, Ltd. Justice Barbara Kapnick agreed that the restrictive covenant signed by Mr. Mironchik was defective and could not be corrected since it was imposed as a condition of Mr. Mironchik’s employment.

Obtained a $220,000.00 judgment against the Arab American Family Support Center and its Board of Directors on behalf of its Founder and Executive Director, Emira Habiby Browne, on State and Federal claims of employment discrimination on the basis of Ms. Browne’s age, religion and gender as well as retaliation, due to AAFSC’s termination of her employment. The judgment was entered three years after Ms. Browne had obtained from the New York State Division of Human Rights a probable cause determination that it was likely she had been discriminated against by AAFSC.

Leading precedent within the First Department establishing that extortion and attempted extortion were criminal offenses that did not imply a private civil cause of action. Plaintiff Liza Minnelli’s civil extortion cause of action was dismissed against her prior “Major Domo.”

Obtained a decision from the New York State Employment Relations Board enforcing a contractual prohibition on the Opera Company of Brooklyn’s use of a virtual orchestra machine.

Obtained a Preliminary Injunction against a former consultant of White Diamond Enterprises, Inc. who had admittedly hijacked web sites owned by White Diamond’s subsidiary companies after he had been terminated from employment. The Preliminary Injunction required him to comply with the terms of a confidentiality agreement he had entered into with the owner of the companies and return ownership of the web sites.

Defeated Liza Minnelli’s application for a temporary restraining order seeking to prohibit the plaintiff from prospectively violating a confidentiality agreement she had entered into with him.

Obtained a decision from the United States Court of Appeals for the Third Circuit that led the United States Legislature to close a loophole in the Medicaid Law that permitted long term care pharmaceutical providers to restock medications and receive multiple Medicaid reimbursements for the same product. See publications section.

Obtained class certification status and successfully settled suit for a class of 60 retirees that had previously been employed by Celanese and who were improperly denied retiree medical benefits because they decided to defer retirement until after Celanese was purchased by KoSa Corporation, as successor in interest. The suit alleged that both corporations had made representations to the plaintiff class that they would be eligible for retiree health benefits if they remained employed during a transition period following the sale of Celanese to KoSa and asserted that defendants had breached their fiduciary duty under ERISA when these retirees were denied retiree health benefits.

Confirmed an arbitration award issued against the Parker Meridien Hotel on behalf of Local 802. This leading precedent established for the first time in the Second Circuit that the time to move to vacate an arbitration award is 90 days of the date of issuance, not one year as the Parker Meridien had contended. Based upon this newly established statute of limitation, the employer’s motion to vacate the award premised upon the arbitrator’s lack of jurisdiction was denied. 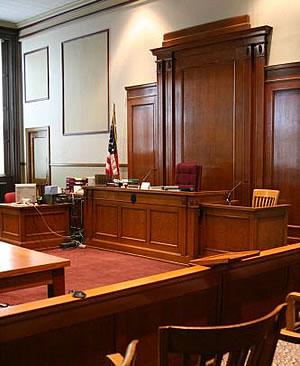